What does your climbing pyramid look like? What does that even mean..?

A climbing pyramid is a representation of the climbs you may complete in a session, season, or year. It's a great way to track your progress and identify your areas of climbing that could use some more attention or support.

There are three main types of climbing pyramids. The first is a Balanced pyramid, the next is the Skyscraper type and finally we have the Log Cabin type of pyramid. While there is no right or wrong way to climb, there is indeed a benefit to climbing the Balanced Pyramid style during your session.

In this article we will chat about identifying any pyramid imbalances you may have, and the best way to correct this so you can climb to your fullest potential! 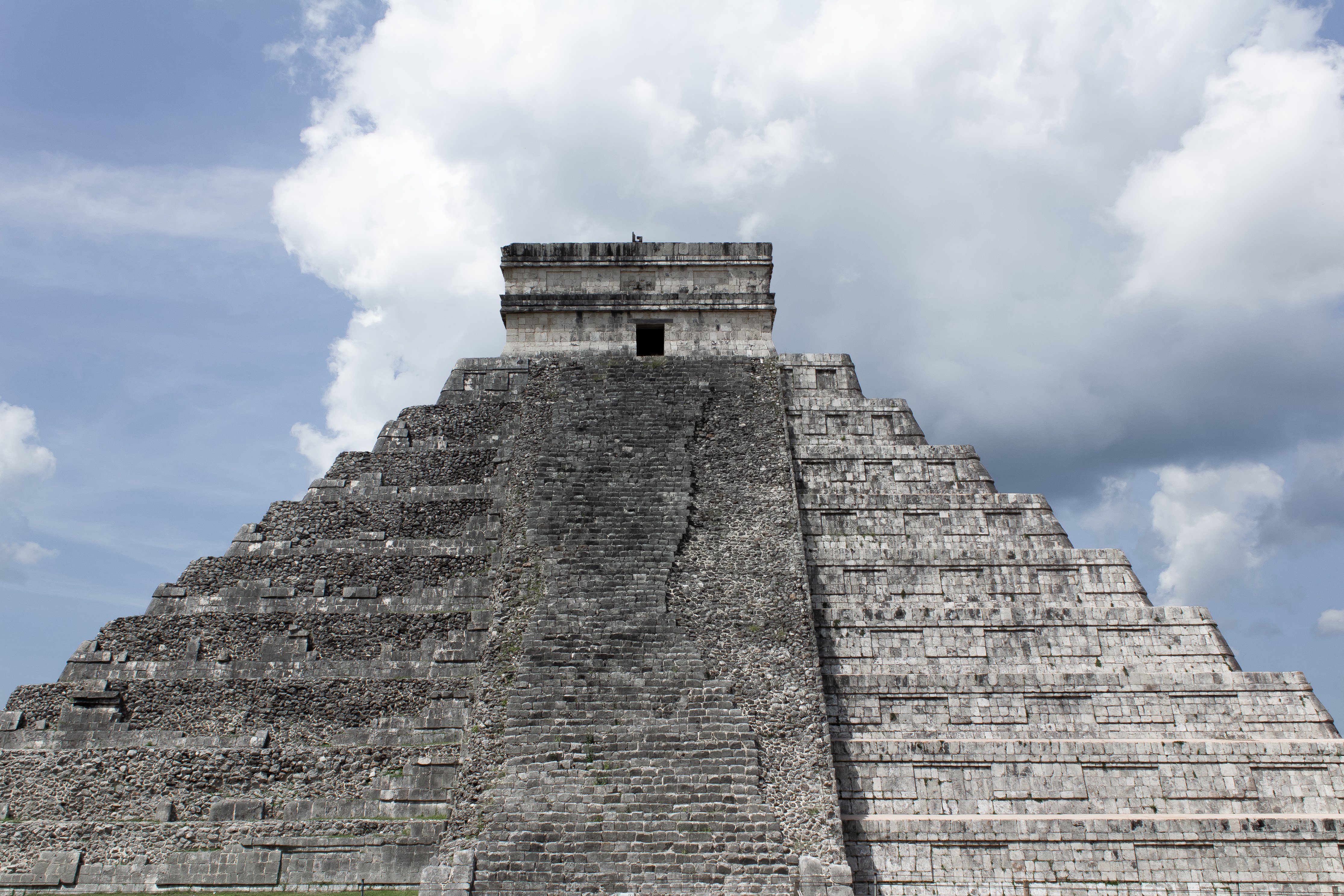 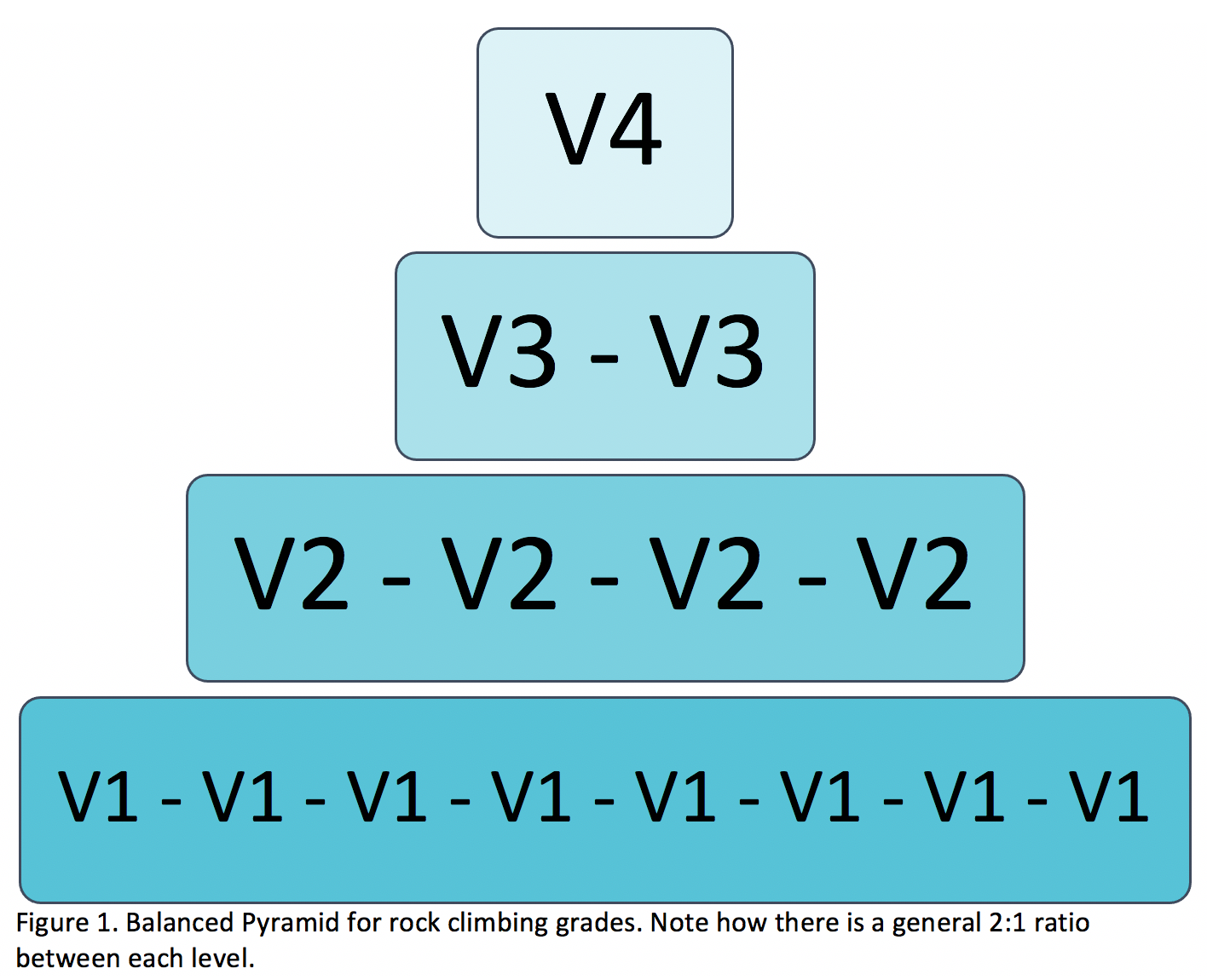 As you can see from the image, there is a solid foundation to this type of pyramid, but there is also height and challenge! The general rule for a Balanced Climbing Pyramid is to have a 2:1 ratio between the layers, and to focus on the top 4 levels of your pyramid. For example, you may climb eight 5.8s, four 5.9s, two 5.10 and one 5.11a in your session. As you progress through the grades, simply move your pyramid upwards so that 5.11b is now at the top and instead of eight 5.8s you’re doing eight 5.9s in your session! The aim is to be able to climb the majority of your pyramid in order to maximize the time actually spent climbing (aka climbing mileage).

The Balanced Climbing Pyramid helps to create a well rounded climber who has practiced a wide variety of features, moves and climbing styles. By practicing this type of climbing in your session and season, you will be able to build a good, strong foundation of climbing skill, strength, and stamina. As well as challenging yourself, your mental game and pushing yourself to try new, hard climbs!

Do you like to keep yourself comfy and safe, or do you push and push yourself to climb the hardest things out there?

Neither are bad, BUT you want to take note of your personal climbing pyramid, and make some moves to even things out a bit more. Lets have a look at the two opposite styles of the climbing pyramid. 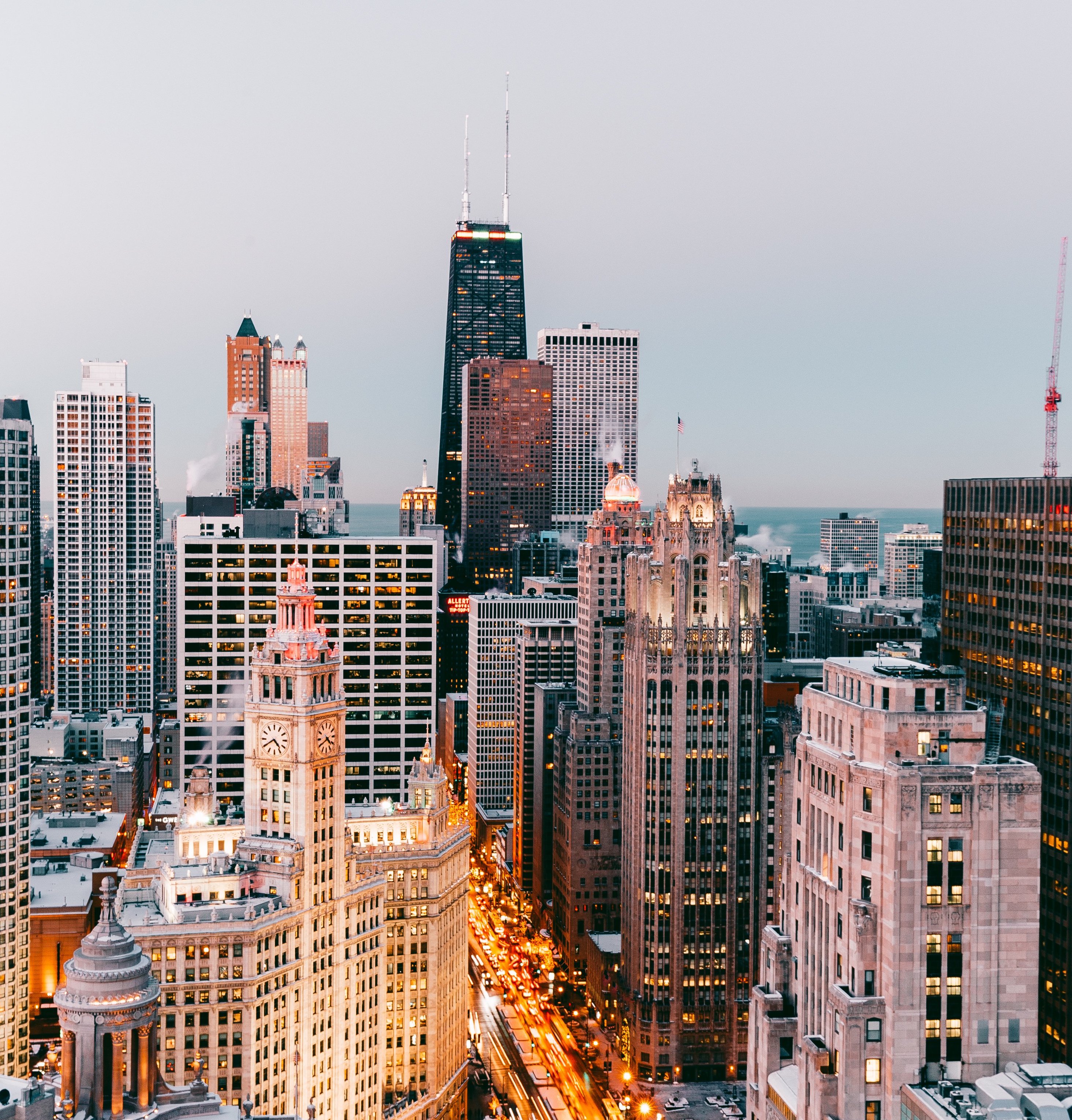 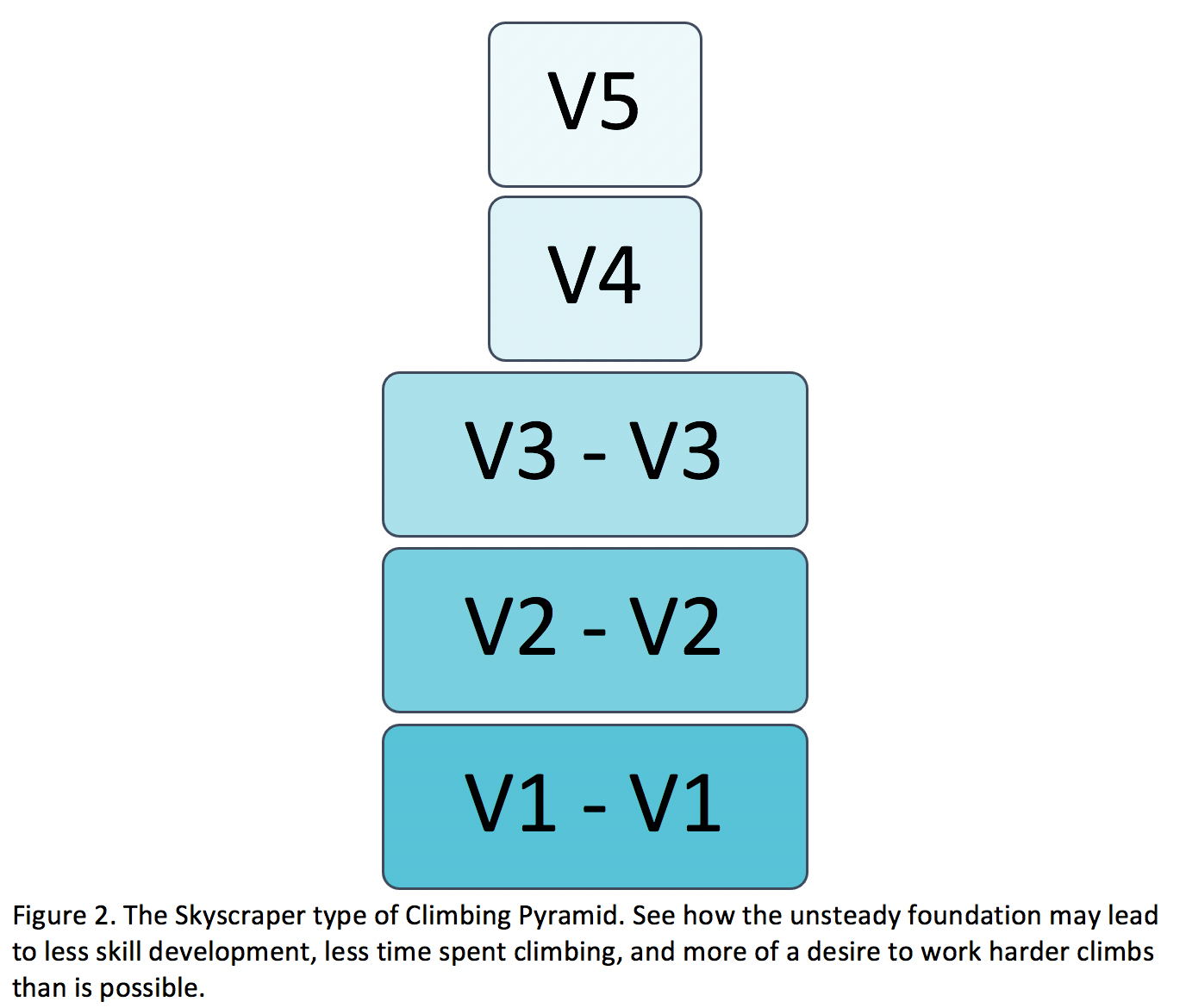 The Skyscraper is a pyramid that someone might create if they are the type of person to push themselves to harder and harder climbs. They are that climber who is always climbing at their maximum level. They often take many sessions to finish a project and they can't quite seem to move on to another climb until this one is in the bag. You’ll often find them sitting and staring up at their project, finessing micro-betas, and getting all moves dialled down for the send. But the send may take a while to actually lock down, leaving them hung up on their project.

Skyscrapers are sick! They are tall ass building that are reaching for the stars, and so is this type of climber! But they are often missing a solid foundation of climbing mileage. Often, Skyscraper type climbers sacrifice valuable climbing time to work out micro-beta and dial down individual moves. This is time that they could spend on slightly less demanding climbs, where they are actually able to fully practice and solidify their climbing style and technique.

If you are this type of climber, maybe ask yourself where the drive to climb the hardest stuff comes from. Are you doing it to prove to others (or to yourself) that you are indeed a strong climber? If you’re not climbing at your hardest, is there even a point in climbing? Have you always been that type of high achieving, go getter, type A personality? These are all fantastic qualities, but I’m sure you’ve experienced burn-out in the past with your go go go personality, and thats no different with climbing. If you’re down to climb for life, then you could consider getting some more miles in and go a little easier on the difficulty of climbs that you select. This will help you stay injury free for longer! 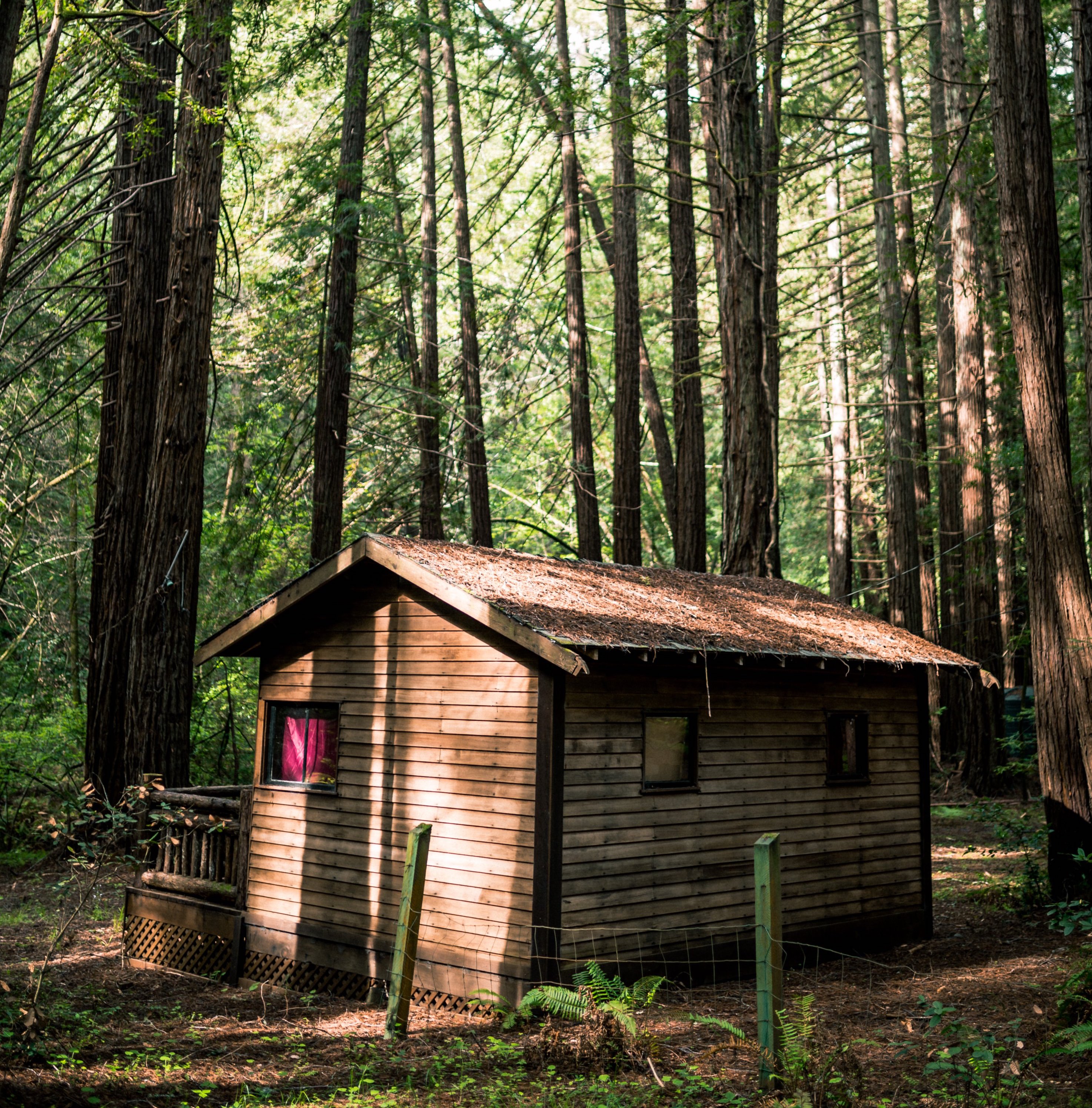 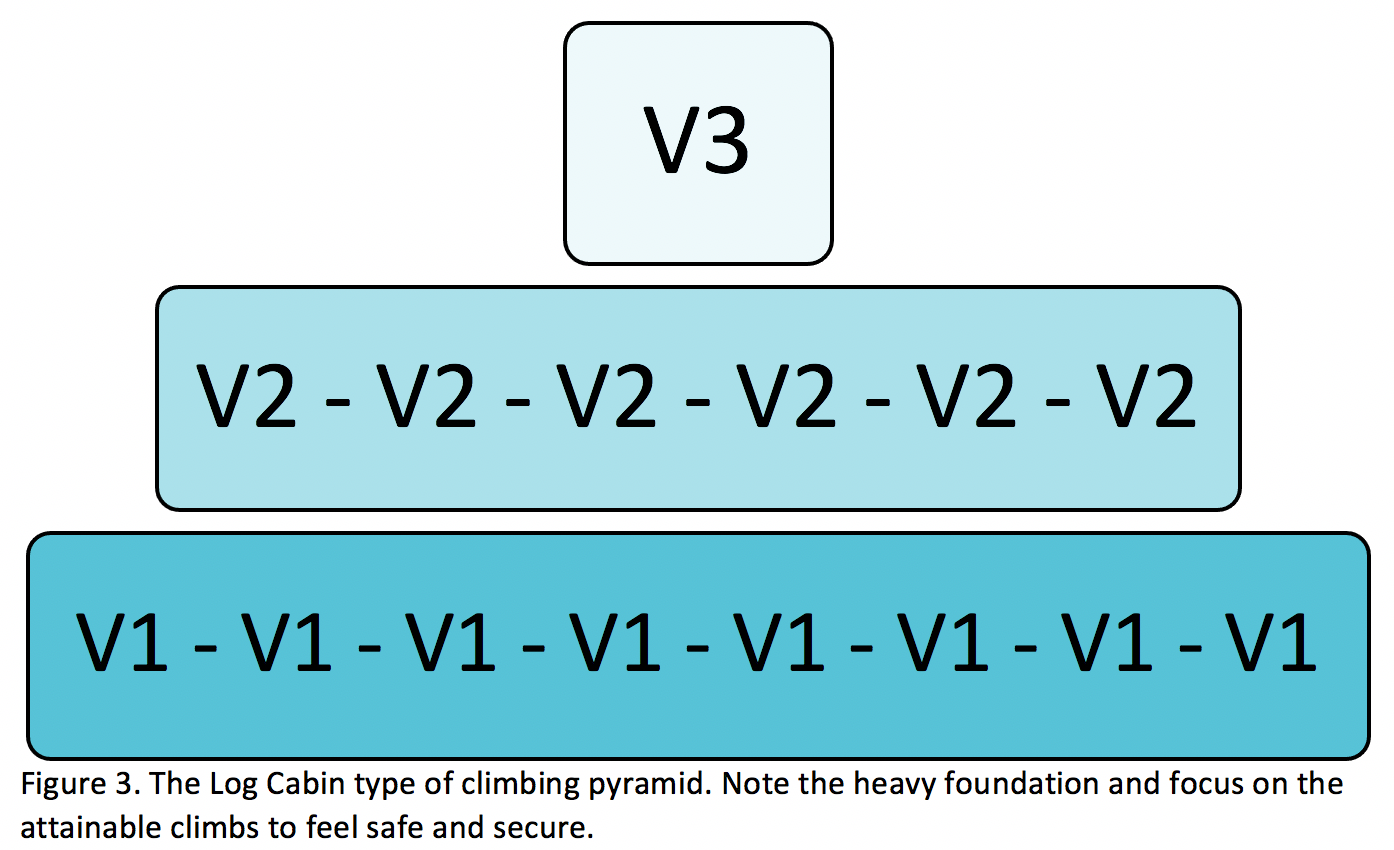 The Log Cabin pyramid is just like a real log cabin, safe and cozy with a solid foundation. They are often seen when climbers stick to climbs that are easy that they know they will complete in 1-2 attempts. These types of climbers typically enjoy a more chill session compared to the Skyscraper climber, and they often just stick to climbs that are well within their ability. If they do reach out and try a ‘harder’ climb than they are used to, they might give it a few attempts and then quickly move on. They don't want to get caught up in a difficult climb and would rather go around completing as many climbs as they can.

This type of climber may be awesome with their base level of skills and technique, but they are cutting themselves short and not reaching their full potential! They may be able to breeze flawlessly through a V3, but don't even want to attempt that V4 because theres a chance they cant actually complete it. It's great to stay safe and comfy, but it's hard to progress and make big advances if you’re not taking big (or even mini) risks!

Log Cabin type climbers might want to take a deeper look at some mental blocks that might be holding them back. Do you feel uncomfortable with the idea of ‘failing’ at a problem? Why is it that you can't push yourself to try something challenging? Do you often find yourself in the same repetitive yet safe roles in your day to day life? Safety and security is of utmost importance in life, but once that foundation is set, then it's time for growth and change! While that's often quite uncomfortable, it's the only way to start progressing through those climbing grades. Next time you’re climbing, see if you can find yourself a new project. Something that takes more than 3 attempts to complete. This will help you focus more on learning new moves, while also strengthening your mental and physical stamina as you try newer and harder things!

Climbing is for you!

There isn’t a right or wrong way to do it…. but there are things we can do to help gain momentum and move forward. Climbing is such an individual sport and this is the time to just do you! Climb what you like, have fun, push yourself, and be compassionate with yourself! If you recognized yourself in either or the Log Cabin or Skyscraper type of climbing pyramids, note that it's not the wrong way to climb, but it will help you see that there is an opposite side of your climbing that you can learn to strengthen.

If you’re a climbing geek like myself and are interested in learning more about these topics, check out some of these awesome resources

Get the latest updates on new products and upcoming sales